Not long after Challenge Roth in 2013, which was truly a great race, I heard there was a plan to make a full length movie of the 2014 race.

They launched a fundraising effort via Indiegogo to raise money for the film. It didn't go so well, they raised just $7,115 USD of the flex goal of $500,000, raised from 89 backers, of which I was one.

We got frequent updates during 2014 before and as they headed to Roth for the race and then it all went quite. Nothing. I figured it was another crowdfunding gone bad. At that point, I'd lost more than I'd got. Of the ones I got the product itself was a let down, or just wasn't durable.

The great news is, that the folks behind We Are Triathletes stuck to it. Like that person in an Ironman race who has had a bad day, a mechanical, bio issues, they kept going and finally delivered last year. We had a screening here in Louisville CO on August 8th at the Cinebarre Boulder 11, about 60 people showed up.

The film is now widely available to rent or buy for streaming, or as a DVD. This is great news, as much as I think Challenge Roth is more of a must do race than Kona, I also accept it's hard to get into, and for most Americans, hard to get to.

You can buy, rent or stream starting from their website. Make sure you watch through the credits!

Executive Producer, Bob Babbitt, has even bought a Superbowl Commercial in Glendive Montana, watch this for the low-down. 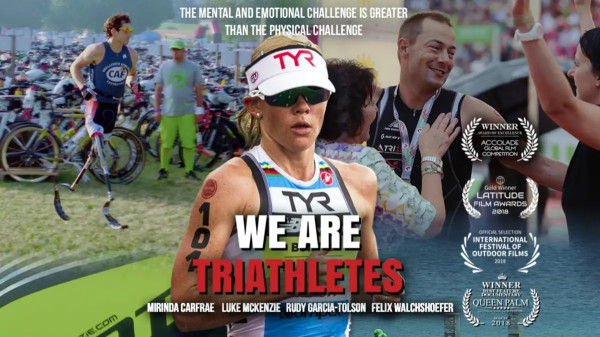 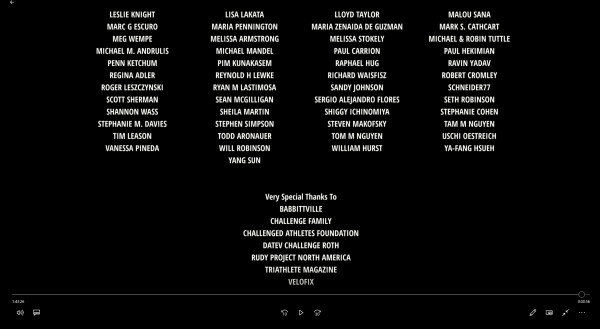