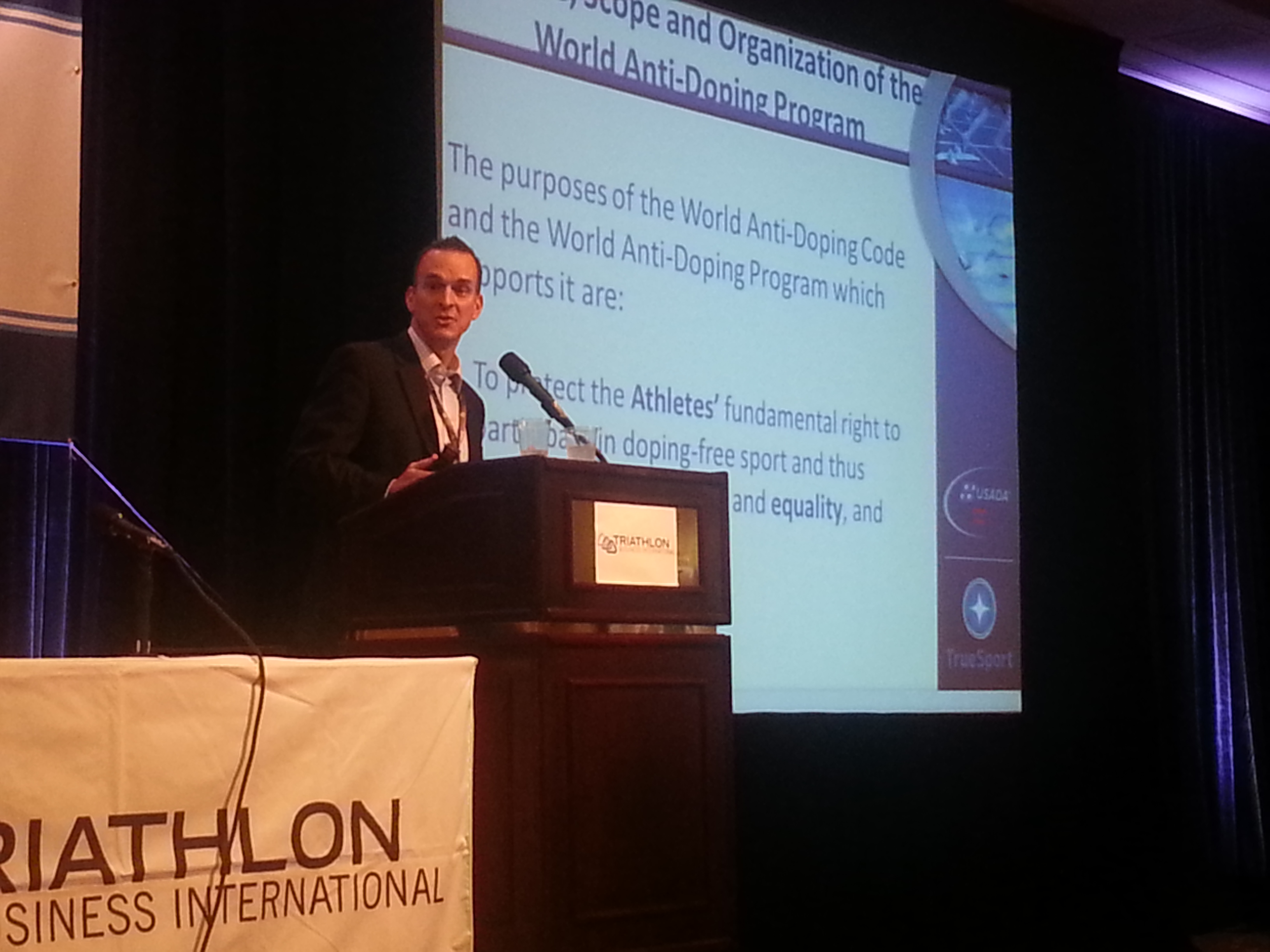 To protect the athletes fundamental right to participate in doing free sport and thus promote health,  fitness and fairness

Bicycle Retailer has a great summary of Tygarts speech, written by Lynette Carpiet. You can read it here..

In his slides, Tygart included one of the many threatening emails he received during the Armstrong affair. On January 23rd 2014, the week before the conference, the first of two men charged with making threats was sentenced, with the second scheduled for sentencing on 2/10. The Justice department has a news release here.

I, like many, wanted to believe Lance was clean. It is truly impossible to understand though the arrogance and stupidity of people that would actually make direct threats on the basis of his truth or guilt.
Tags: via ljapp
Subscribe