It's happening more and more. You've been warned. 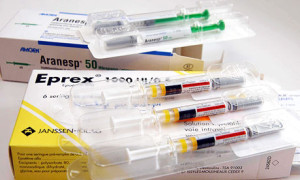 The Wall Street Journal has an article covering the high level aspects and some examples of the type of testing. Since we know cheating goes on the age group ranks of triathlon and cycling, and probably many other sports, it should be welcomed as a good thing, or should it?

I remain concerned about age group testing, on a number of fronts. First, to launch into a comprehensive program of testing assumes that the people you are going to test have the knowledge and understanding about what they are being tested for, and what is legal and what isn't.

You can be sure that the real age group cheats know. They are just as savvy as professional cheats. They understand the cycles of loading, recovery and clearing your system for testing. They also know how to get around the system. But, is it safe to assume everyone knows what they need to know?

The typical cheat, if there is such a thing, isn't likely to be the aspiring 28-year old who is desperate to make the pro' ranks. While there are likely to be some of those who come under suspicion, like Matt Bach in the WSJ article. The typical age groupers likely to cheat are more likely to be those in their 40's and older. We've certainly seen that to be the case for men, you are an age group winner, you could go faster, you could train more if only you could recover better. Ben Greenfield has the transcript of an interview with age grouper Kevin Moates, who tested positive about his experience.

You are a woman in your early 40's, you take up triathlon, having been a decent runner since High School. After a few races your qualify for and get some decent results at major age group races, then an ITU race, and later that year after winning a 70.3 race, win a full Ironman race. In the following year, in the lead up to the Ironman World Championships, the testers arrive. Test taken, results published, you get banned, and not for cutting the run course, but for illegal substances. You've been taking HRT prescribed by your GP since your late 30's, when your menstrual cycle went nuts probably due to the excessive run training.

Then there is the athlete who just can't shake off that knee injury. Someone suggests coxcomb injections, but the science seems suspicious, a guy at your swim club says he's had great success with Hyaluronan Injections for his shoulder injury; you try it, you think thats fixed your problem and you are advised to keep using it. Later that year you win your age group at Kona and get busted and banned. Was it the injections, were they tainted?

Yes, you can apply for a Theraputic Use Exemption, but why, when, what for? A TUE is not a passport to cheat, despite its use for asthma among the ranks of triathletes. I'm not making excuses for cheats. But there are some serious implications to be consdered before endorsing and launching into an acceptable age group testing program.

Most of all though, I'm concerned that a furor around age group testing, and a series of negativebad results, will obscure the real problem, pro drug testing. There can be no question that it goes on. The World Triathlon Corporation, owners of Ironman, do testing. Do they do enough, the right people, the right time? In the professional sport there is almost a closed loop or money, what goes around comes around. In this environment, there needs to be complete tranparency about testing, testing results etc.

I don't deny that there is a likely to be an age group problem. While there is money to be made in the age group ranks, by and large it is no where near that available in the pro ranks.

Being defeated in a single pro race at Ironman distance can be make or break to make it onto a team next year. It's not just about prize money, it's your year long travel, kit, gear an susbsitance allowance that is at stake. Often this will be more than the prize money. If you've trained clean all year, and get beaten by another pro who is "buzzed", you lose. If you are so desperate that you cheat to give yourself the best chance of staying on the team, they lose, prize money and more.

Before we whole heartedly endorse an age group testing program, we need much more transparency in the pro testing program. The integrity, and investment in the sport will be destroyed by a cycling scale Pro doping scandal. An age group scandal, not so much.