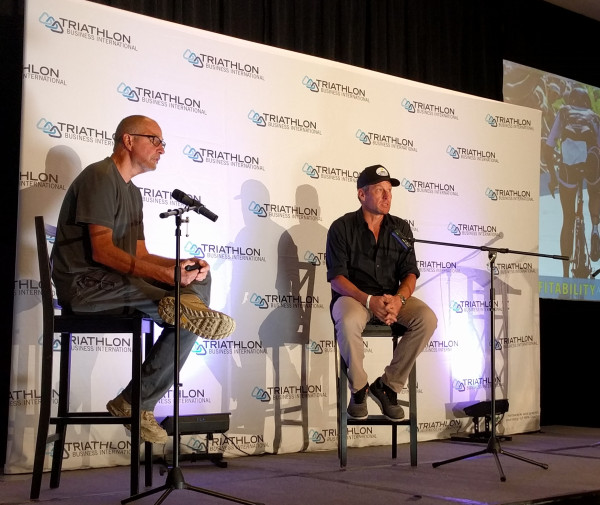 Just as another catch-up/follow-up, I attended the annual TBI Conference. It felt much more subdued than normal, the group workouts were sparsely attended, but the actual conference was up to it's normal cadence and quality. Thanks to active.com for hosting.

As predicted, Dana Willett from 303 Triathlon did a good write-up from each day, here is her writeup. If you are interested in what was actualy said, you can listen to the session, here on soundcloud. You can also watch the session in this Youtube video. We sat in the front row, just across from Lance and Dan, so the sound is pretty good. It actually starts 15-minutes in after a number of conference remarks.

While drugs in cycling did come up in the Attendee Q&A towards the end of the session, it was pretty high level. As predicted Dan never really asked, and Lance only really answered the questions he was asked. Lance was, as always, pretty engaging. The session  as Dana covers, was mostly about Lance new podcast, the Forward, and his other new venture, WEDU Sport.

The podcast is a perfect example of the downstream benefit of cheating. Many argue that Lance should be allowed to compeat in triathlon and Ironman again, and that we should forget/forgive his past doping. I don't. Lance never did me any harm, personally or indirectly as far as I'm aware. I went to his pre-Oprah confession house, rode a few times with him, he doesn't know me though I'm sure.

So how does his podcast benefit from his cheating. Easy, lets assume that without the drugs and cheating, Lance would have been a sometime winner of pro cycling races, maybe he'd have been on a team that won the Tour de France, but he'd be just another retired pro cyclist now with a great bike shop and some other outside interests. Would he be able to garner the same great people to interview for his podcast? No.

Having said that, the podcats is great, Lance as he said at TBI is able to be non-threatening when he interviews as he has nothing to prove to the audience, and more importantly, the person or people being interviewed.

I drafted a question I would have liked to ask Lance, as a famous Texan. I sat in the front holding my hand aloft, but was never called. My questions "You have a lot of interactions with Nationa and International politicians, obviously Governor Perry here in Texas, now in the Trump Administration. Where do you stand on TEXAS SB6, aka the bathroom bill? Would you consider speaking out against it, and do you eve imagine a future in politics?" 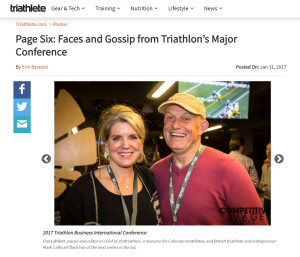 I'm hoping to start writing a regular column for 303 Triathlon soon, I'll post a link here to the first entry.